Evidence Not Seen – A book review

Evidence Not Seen: A Woman’s Miraculous Faith in the Jungles of World War I

“More than ten years ago I began to write the story of my experiences during World War II for Bruce and Brian, my sons. I wished them to know, if ever difficult circumstances came into their lives, that their mother’s God is still alive and very well, and His arm has never lost its ancient power!” – Darlene Deibler Rose

In 1937, Rev. Russell Deibler and his new wife, Darlene Deibler, landed in New Guinea to begin their missionary work there. But their service together was short-lived. When World War II reached the island, they were sent to separate Japanese work camps.

Darlene Deibler Rose (she remarried as a widow) shares the story her life during that time in Evidence Not Seen: A Woman’s Miraculous Faith in the Jungles of World War II. For almost four years, Rose suffered in the labor camp at Kampili: disease, bombings, torture, terror. She endured unspeakable things, yet she chose to share them with the world, not as evidence of the cruelty of people, but as a testimony to the faithfulness of God.

I found the book both difficult to read (because of her honest retelling of the cruelty) and difficult to put down (because her story is so compelling). Many are familiar with Corrie Ten Boom’s The Hiding Place. And while I expected this book to be similar, I found that it was mostly not.

Rose has her own story to tell and it differs from Ms. Ten Boom’s in both setting and experience. However, like The Hiding Place, the reader gains much, feels much, when reading Rose’s account. Rose affirms God’s faithfulness in the darkest of circumstances and leads us down a path lighted by forgiveness and unconditional love for all people. She does not treat her trials lightly; to do so would minimize her dependency on the Lord. But she has her sight set on eternity, and through her story so honestly told, she offers glimpses of eternity to her readers.

And these glimpses are a most extraordinary offering to the world.

Evidence Not Seen is a wonderful read and highly recommended. 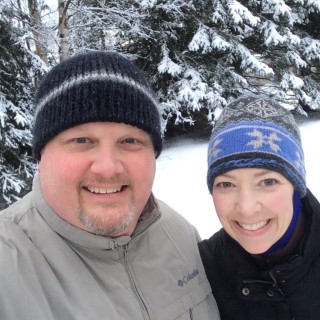 We are Southerns by birth, but spent the last 12 years living and working in Alaska with SEND North. We've now relocated to the Lower 48 to continue our ministry. Join us here as we explore what it means to have an expanded worldview, and find some opportunities to become involved!